For those interested we have graphed the percentage of websites that have been upgraded over time: 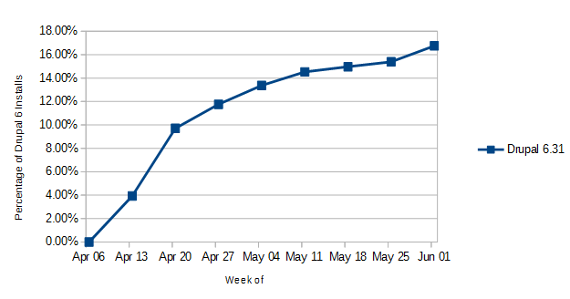 For both Drupal 6 & 7 the graphs show that during the first two weeks after a new version is released there is pretty quick uptake and then it slows down.

With drupal.org still running 7.27 a month after 7.28 was released that might indicate that the upgrade process could be improved:

With our Up to Date? Chrome app you can keep track of the Drupal versions (as well other web apps) on all of the websites you manage in one place, so you can easily check if they are in need of an upgrade.