Recently we had someone hire us to clean up a hacked WordPress website that mentioned that they had thought that the VaultPress service for WordPress they were using would protect their website. As they were already aware by that point, it hadn’t turned out to be true.

It is understandable that they might think that since this is what you see when you visit the homepage of the VaultPress website: 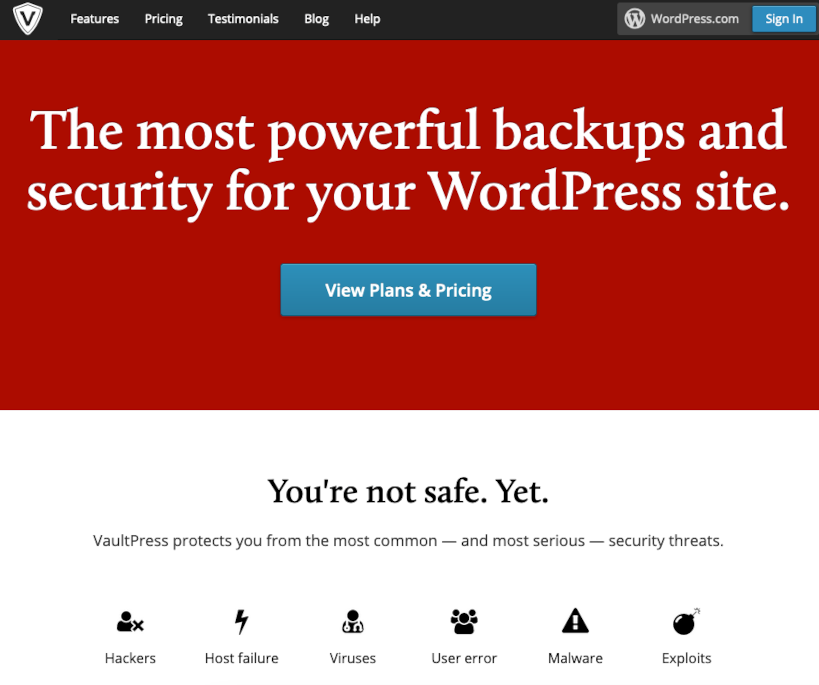 But the feature set listed in the lower portion of the homepage doesn’t make any mention of a feature that provides any protection against hacks, instead it indicates that it might detect you have already been hacked:

While detecting the aftereffects of a hack can be useful, it won’t protect the website from being hacked. Also, they don’t put forward evidence, much less, evidence from independent testing, that shows that the service is actually able to effectively detect malware. We wouldn’t recommend using a service like that if they are not providing evidence to support their claims (which means we recommend not using most security services at this time).

In this situation, the owner of the website became aware that the website was hacked because the search results for the website showed pharmaceutical spam, not from VaultPress.