We get a lot of people that contact us looking for a second opinion as to a claim that their website contains malware coming from the SiteLock and or their web hosting partners. One of the latest included a head scratching claim in an alert from the web host iPage (the logo shown with that is SiteLock’s, so maybe they did the scan): 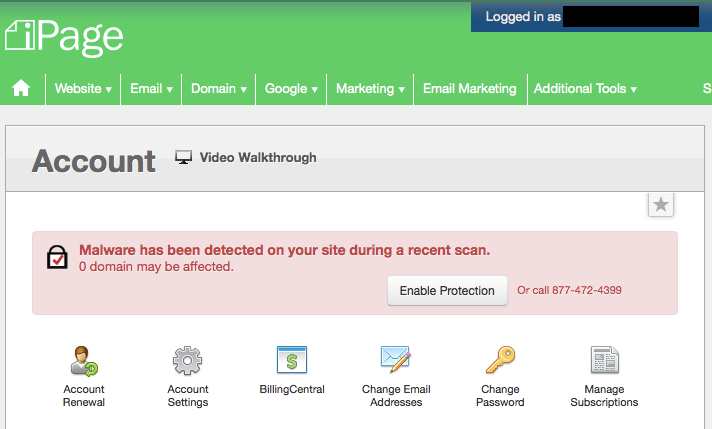 So there was malware detected on their site during a recent scan, but it impacted “0 domain”. Those seem like they are contradictory statements to us, but maybe something that doesn’t count as a domain was impacted?

What we suggested to the website’s owner was to contact iPage for more evidence because that wasn’t enough based on that to give a second opinion as to the veracity of the claim, though it seemed unlikely considering the website was built with the Weebly website builder provide by iPage.

The response they got from iPage was that the there was not any malware, but they were not provided with an explanation as to what had happened:

We apologize for any inconvenience caused. I have performed a scan of your account and it is malware free. Right now there is no alert regarding infection is shown in the ControlPanel.

If you receive an alert similar to this from iPage whether it actually lists a positive number of domains affected or not, our recommendation is to contact iPage for more information and then get a second opinion instead of signing up for a SiteLock service, which they are trying to sell you from that alert, right off the bat.